Entertaining and challenging reads for teens, all selected by our in-house experts. 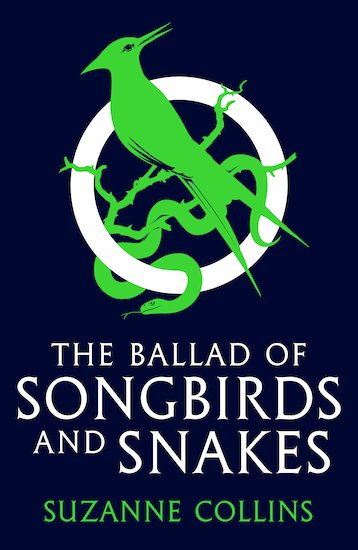 Our July Book of the Month

The Ballad of Songbirds and Snakes by Suzanne Collins

“For our Teen Book of the Month for July we return to the world of The Hunger Games and to what became before the world we got to know through the eyes of Katniss and her friends. This time we are taken back to the early days of the tenth Hunger Games and Coriolanus Snow as he was at 18 years old. This is a compelling prequel that both informs the original trilogy and stands alone as a powerful, breathlessly exciting science fiction thriller.

It is the morning of the reaping that will kick off the tenth annual Hunger Games. In the Capitol, eighteen-year-old Coriolanus Snow is preparing for his one shot at glory as a mentor in the Games. The once-mighty house of Snow has fallen on hard times, its fate hanging on the slender chance that Coriolanus will be able to outcharm, outwit, and outmanoeuvre his fellow students to mentor the winning tribute.

The odds are against him. He’s been given the humiliating assignment of mentoring the female tribute from District 12, the lowest of the low. Their fates are now completely intertwined – every choice Coriolanus makes could lead to favour or failure, triumph or ruin. Inside the arena, it will be a fight to the death. Outside the arena, Coriolanus starts to feel for his doomed tribute… and must weigh his need to follow the rules against his desire to survive no matter what it takes.

We have chosen The Ballad of Songbirds and Snakes not only because it is one of the biggest releases, but because it is always fascinating to revisit a story from a different point of view and to learn more about our favourite worlds. This backstory is ‘un-putdownable’ because in Snow we have a protagonist who is complex and always ruthless but maybe also capable of taking a different path. It has all the ingredients of the core novels, romance, betrayal, friendship, the use of oppression and control, and of course nail-biting thrilling adventure. A brilliant book whether you have read The Hunger Games or not!”