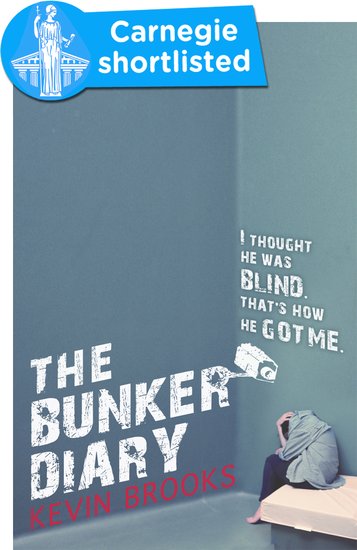 Winner of the Carnegie Medal 2014

Cult stuff like only Kevin Brooks can do it. Lord of the Flies in a locked room. One way in. No way out. Blacker and stranger than salty licorice. You would never get into a stranger’s van, would you? But the blind man tricked Linus. He can’t believe he fell for it. He just wanted to give him a hand. Now he’s a prisoner. Six little rooms. No windows. No doors. He’s all alone – so far. What is the man going to do to Linus? What is Linus going to do? Sometimes your worst nightmare comes true. Then you have to find a way to survive. Kevin Brooks has stunned us so many times: with Martyn Pig. With Black Rabbit Summer. But this is his knock-out blow. Our heads are still spinning.

Kevin Brooks, author of the young adult novels Martyn Pig, Lucas, Kissing the Rain, Candy, and The Road of The Dead, was born in 1959 and grew up in Exeter, Devon. After school, he moved to London and tried to become a rock star. The book he would most like to have written is Cannery Row by John Steinbeck. His most precious memory is of sitting on a wall when he was ten years old, wondering where thoughts go when you die. He decided that they float up into space and become fuel for the sun. His advice for aspiring authors? ‘Read as much as you can, and write what you want to write, not what you think other people want you to write. And don’t give up.’

You can find more about Kevin on his MySpace page and via Bebo at www.bebo.com/kevinbrooksauthor