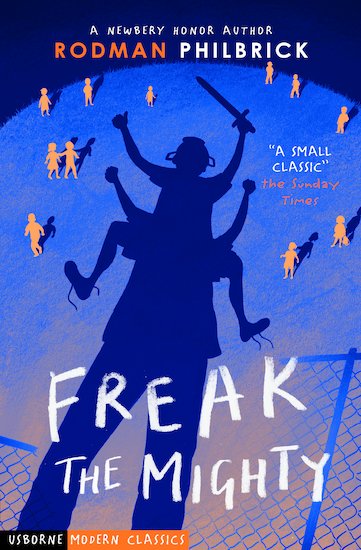 ‘A small classic, funny-sad, page-turning and memorable’ The Sunday Times

‘As funny as it is touching and convincing’ The Guardian

Max is used to being called Stupid. And he is used to everyone being scared of him. On account of his size and looking like his dad.

Kevin is used to being called Dwarf. And he is used to everyone laughing at him. On account of his size and being some cripple kid.

But greatness comes in all sizes, and together Max and Kevin become Freak The Mighty and walk high above the world.

8122 in Books and Resources for Secondary Schools 2022

930L Lexiles are the global standard in reading assessment. They are unique as they are able to measure a child and a book on the same scale – ensuring the right book gets to the right child at the right time. 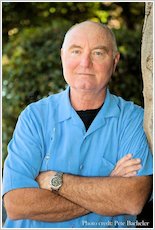 Rodman Philbrick has been writing since the age of sixteen. He had published more than a dozen novels for adults before The Blue Sky Press published his first book for young readers, Freak the Mighty, which was made into the feature film The Mighty, starring Sharon Stone. Since then, he has won numerous awards and honors, including the prestigious California Young Reader’s Medal, the Arizona Young Reader’s Award, the Washington D.C. ‘Capital Choice’ award and the New York State ‘Charlotte’ Award.

Philbrick’s most recent novel for young readers, The Young Man And The Sea, draws upon his youthful experiences as a boat builder, and his vivid memories of growing up in a small town on the coast of New England. Working from a theme made famous by Ernest Hemingway, the story follows the thrilling boy-against-the-sea adventure of twelve-year-old Skiff Beaman, who risks his life to save his family by venturing far offshore in a small boat in search of the fabled giant bluefin tuna.

Other works by Rodman Philbrick include Max The Mighty, The Fire Pony, REM World, The Journal of Douglas Allen Deeds, and The Last Book In The Universe.

Rod and his wife, Lynn Harnett, divide their time between Maine and the Florida Keys.