The Battle of the Beetles #1: Beetle Boy Award-winning Summer Sale! Save 20% on selected reading and teaching resources for a limited time only 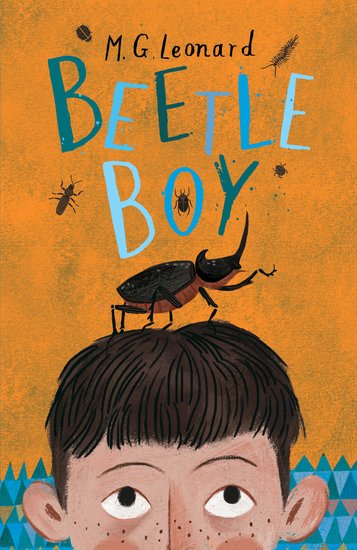 ‘By the end, you’ll think beetles are the coolest creatures on the planet’ TOM FLETCHER

Darkus can’t believe his eyes when a huge insect drops out of the trouser leg of his horrible new neighbour. It’s a giant beetle - and it seems to want to communicate.

But how can a boy be friends with a beetle? And what does a beetle have to do with the disappearance of his dad and the arrival of Lucretia Cutter, with her taste for creepy jewellery?

The first book in MG Leonard’s acclaimed trilogy, followed by Beetle Queen and Battle of the Beetles!

Featuring exotic beetles, a daring quest, a mixture of bold male and female characters and a truly venomous villain

From the author of Twitch and the Adventure on Trains series, co-written with Sam Sedgman

5916 in Books and Resources for Schools Catalogue 2022

The Battle of the Beetles (book 1) 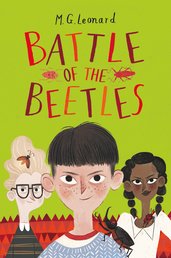 The Battle of the Beetles

Summer Sale! Save 20% on selected reading and teaching resources for a limited time only

Offer valid on selected books and resources from our Schools Catalogue, Primary Education Catalogue and Secondary Schools Catalogue (excludes PM, PM Writing, Fast Forward, Resource Bank memberships and Reading Pro starter packs). Bulk orders of more than 15 book packs or individual titles can only be accepted for delivery to a school setting and not to individual or business addresses. Offer ends at 11.59pm on 22nd July 2022.

END_OF_DOCUMENT_TOKEN_TO_BE_REPLACED
How do I use promotional codes