When the Sky Falls Award-winning author 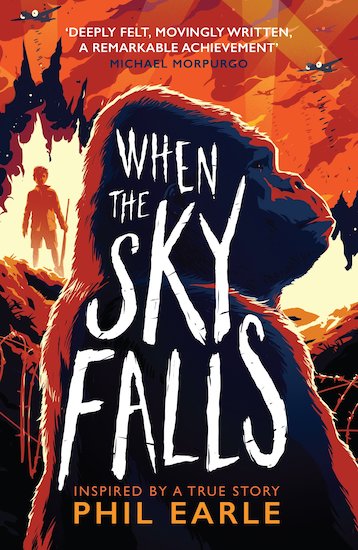 ‘A magnificent story … It deserves every prize going’ Philip Pullman

‘An extraordinary story with historical and family truth at its heart, that tells us as much about the present as the past. Deeply felt, movingly written, a remarkable achievement’ Michael Morpurgo

1941. War is raging. And one angry boy has been sent to the city, where bombers rule the skies. There, Joseph will live with Mrs F, a gruff woman with no fondness for children. Her only loves are the rundown zoo she owns and its mighty silverback gorilla, Adonis. As the weeks pass, bonds deepen and secrets are revealed, but if the bombers set Adonis rampaging free, will either of them be able to end the life of the one thing they truly love?

Inspired by a true story.