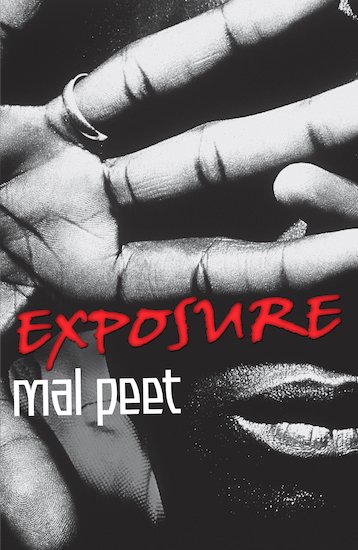 Nothing falls as far as a star…

Celebrated as a national hero, cherished by the media: South American soccer star Otello has it all. Until he is transferred to Rialto, a club in the racist South, where black players are not welcome. There, he falls in love with white celebrity singer Desmerelda, wedding her in a dream marriage of Beckham-esque proportions. But, incensed by Otello’s success, and the great love bestowed upon him, an unseen enemy vows to destroy him by any means – even murder. Meanwhile, three street children scrape a living in the slums, about to be caught up in a scandal that will visit a terrible revenge upon a star… Exploring themes of celebrity, race, jealousy and the media, this shocking, hard-hitting football story from Carnegie winner Mal Peet is an absolute cracker.

“Totally electrifying. You don’t have to care about football … because he makes you care so much about his characters. Clever, funny, moving and superbly well written, it’s the work of a major author.” The Times

“Classic nail-biting stuff. Exposure reveals the cold, harsh reality of fame, the sensationalist hype of the media and the inevitable jealousy that comes from lambasting such perfection. It has all the elements of a classic Shakesperian drama.” Teentoday.co.uk

“Exposure is a terrific book. It’s really exciting, meaty and ambitious and terrifically told and put together.” Patrick Ness, author of “The Knife of Never Letting Go”

Mal Peet is a children’s author (Keeper; Walker Books) and a freelance educational writer and consultant.