Paradise on Fire New Black Friday: Get 20% off orders over £40 with code BLACKFRI20 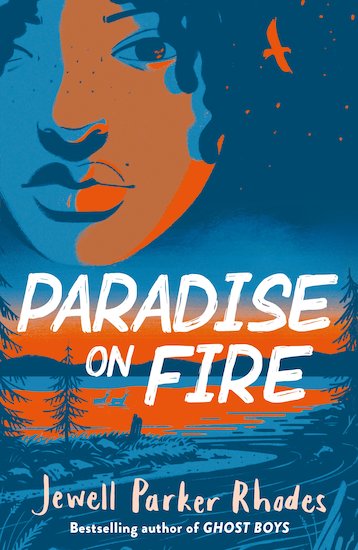 ‘Addy is a heroine any reader might aspire to be, a teenager who learns to trust her own voice and instincts, who realizes that fire can live within someone, too’ – New York Times

Addy is haunted by the tragic fire that killed her parents, leaving her to be raised by her grandmother. Now, years later, Addy’s grandmother has enrolled her in a summer wilderness programme. There, Addy joins five other Black city kids – each with their own troubles – to spend a summer out west.

Deep in the forest, the kids learn new (and to them) strange skills: camping, hiking, rock climbing and how to start and safely put out campfires. Most important, they learn to depend upon each other for companionship and survival. But then comes a furious forest fire …

Get 20% off orders over £40 with code BLACKFRI20. Offer excludes purchases made using Rewards. Offer excludes PM, PM Writing, Fast Forward, GCSE Revision and Practice, Mary Glasgow Magazines, ELT Readers, Bubble Packs, Scholastic Reading Pro licenses, Starter Packs Lexile book packs, Book Fair gift vouchers and subscriptions to Resource Bank. Cannot be used in conjunction with any other offers. Bulk orders of more than 15 book packs or individual titles can only be accepted for delivery to a school setting and not to individual or business addresses. Offer ends at 11.59pm on Sunday 28th November 2021.

END_OF_DOCUMENT_TOKEN_TO_BE_REPLACED
How do I use promotional codes