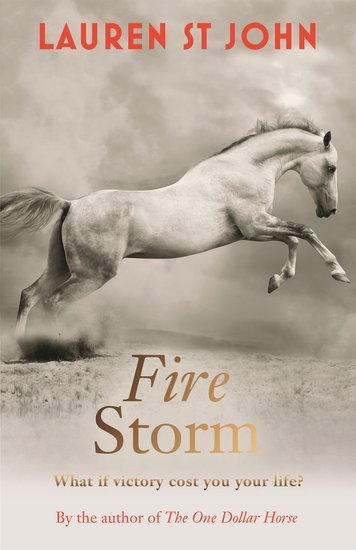 Blimey. No horse has grabbed us like this since The Black Stallion. But now it’s gone all turbo-charged and grown-up. Hot guys, high stakes, top horse trials and murder. Race you to the finish line. It’s the final part of Lauren St John’s One Dollar Horse trilogy. There’s nothing cheap about Storm Warning now: he’s one of the most valuable horses in England. And Casey Blue is no longer just some girl from some grim estate. Fame, riches, a gorgeous boyfriend: she’s a top eventing star. Then Kyle West walks into her life. The country’s hottest equestrian coach is also pretty darn hot. But what is Kyle hiding – and what is his link to Casey’s biggest rival? As the Burghley Horse Trials approaches, it’s not just the Grand Slam at stake. It’s Casey’s life.

860L Lexiles are the global standard in reading assessment. They are unique as they are able to measure a child and a book on the same scale – ensuring the right book gets to the right child at the right time. 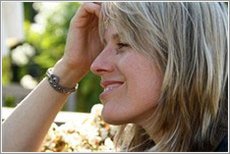 Lauren St John was born in Gatooma, Rhodesia, now Kadoma, Zimbabwe. Aged 11 she and her family moved to Rainbow’s End farm in Gadzema, which later became the subject of her memoir. After studying journalism, she relocated to England, where she was golf correspondent for the SUNDAY TIMES.

She is the author of several books on sports and music, as well as the award-winning children’s series The White Giraffe, the Blue Peter Award winning Laura Marlin series, and the bestselling One Dollar Horse trilogy.