Slaves of the Mastery 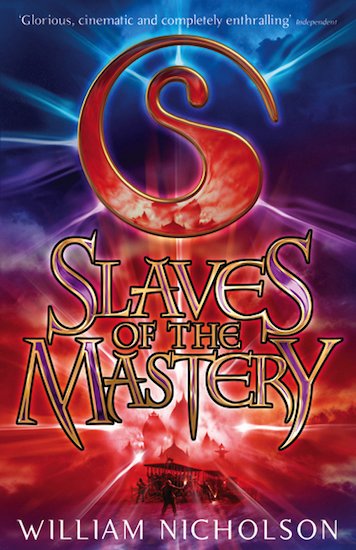 In the time of cruelty, the Manth people march back to their homeland. Ira Hath is the only one who knows the way, but she is dying. Bowman eagerly awaits his calling to join the Singer people, but when Kestrel is taken by bandits, he must use his powers to find her. Together they fight, until their destinies tear them apart. And all the while they wait for the wind to rise. Only one will sing the firesong . . .

Fantasy books for children don’t get more spectacular than Firesong. Since first publication, William Nicholson’s Wind on Fire trilogy has been translated into over 25 languages and won prizes including the Blue Peter Book Award and Smarties Prize Gold Award.

One of the greatest writers of our time, William Nicholson’s has not only sold millions of children’s books worldwide, he also written for the screen and the stage, including the Oscar-winning film Gladiator and the BAFTA-winning play Shadowlands.