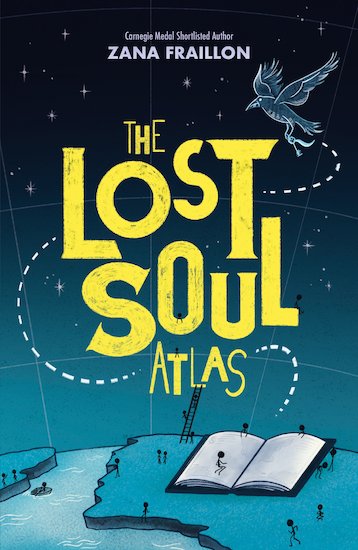 A boy awakens in the Afterlife, with a pocketful of vague memories, a key, a raven, and a mysterious atlas to guide him as he sets out to piece together what happened, and try to find his way home …

Twig is alone as a newly-made street kid after his dad goes missing. But when he meets Flea, a cheerful pickpocket, the pair become fast friends. Together, Twig and Flea raise themselves on the crime-ridden streets, taking what they need and giving the rest to the even-poorer. Life is good, as long as they have each other.

But then Twig wakes up in the Afterlife with just a handful of memories from Earth and one big question … how did he get there?

Loyalty will be tested, and a cruel twist of fate will lead to an act of ultimate betrayal in this epic story that spans a city, a decade, and the divide of life and death itself. From the award-winning author of The Bone Sparrow.