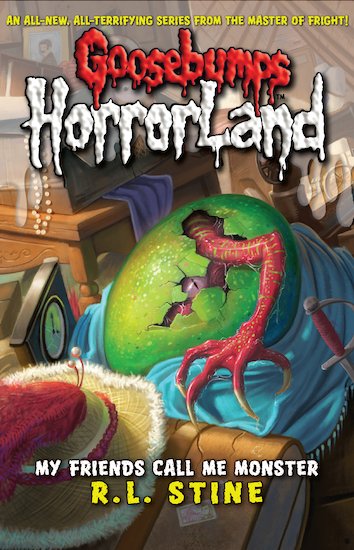 Before joining the other kids trapped inside HorrorLand, Michael Munroe will learn a few new lessons in fear. Never trust a teacher who calls everybody “little monsters.” Be wary if that teacher invites you to lunch at her house. And never EVER trust a teacher with a giant monster egg in the attic – especially if it’s about to hatch! 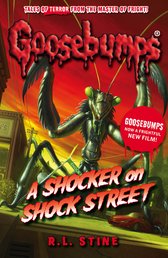 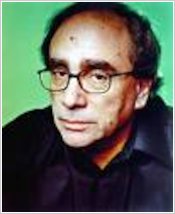 Goosebumps cast a spell upon children by transforming even the most reluctant students into avid readers. Despite the fact that almost every book has a different collection of characters, the series has one common element that kids can’t get enough of: THE AUTHOR!

However believable his plots seem to his readers, Stine insists he has never lived one of his stories. “I’ve never turned into a bee – I’ve never been chased by a mummy or met a ghost. But many of the ideas in my books are suggested by real life. For example, one Halloween my son, Matt, put a mask on and then had trouble pulling it off. That gave me the idea for The Haunted Mask.”

Although he never experienced terror first hand, he did enjoy reading about it. “When I was a kid, there were these great comic books called )Tales From The Crypt_ and The Vault of Horror. They were gruesome. I discovered them in the barbershop and thought they were fabulous. I used to get a haircut every Saturday so I wouldn’t miss any of these comic books. I had no hair at all when I was a kid!”

His ideas came from two sources: his memory and his imagination. “When I write, I try to think back to what I was afraid of or what was scary to me, and try to put those feelings into books.” He also keeps a tribal mask and a skeleton hanging in his writing studio to provide eerie surroundings. Although he handles the writing by himself, Stine says he gets “lots of help from my editors, my readers, and my friends.”

Kids reading Goosebumps may be looking for a scare, but the laughs they get are no accident. Before he was R.L., he was Jovial Bob, author of such works as 101 Silly Monster Jokes, and Bozos on Patrol and editor of Bananas magazine. His ability to know what kids will laugh at , as well as what will frighten them, makes the Goosebumps series all the more enjoyable for his readers.

Stine started writing when he was 9 years old! He would write stories and jokes on an old typewriter and hand them out at school. “The teacher would grab them and take them away,” Stine says, “but I kept doing it.” He wrote for his high school newspaper in Columbus Ohio. After graduating from Ohio State University, he moved to New York City, where he worked on a variety of writing jobs.

Although his books are fun and exciting, writing them is serious stuff. He treats writing “…like a job.” To unwind after work he enjoys playing the pinball machine conveniently located in his own apartment.

For aspiring authors, Stine feels reading is as important as writing. He offers this advice: “If you want to be a writer, don’t worry so much about writing. Read as much as you can. Read as many different writers as you can. Soak up the styles. You can learn all kinds of ways to say things.” As a boy he read Norse legends, Greek myths, Edgar Allan Poe and baseball stories. “And Mad Magazine changed my life” His favorite thriller? Something Wicked This Way Comes, by Ray Bradbury.