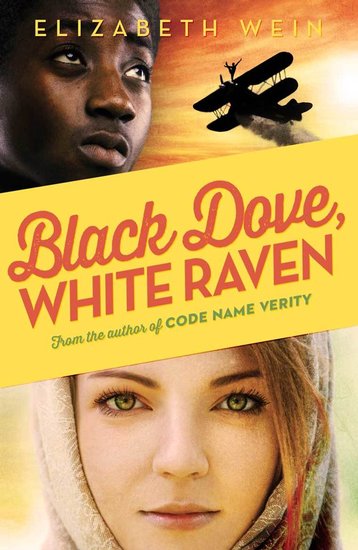 This New York Times bestseller is a story of survival, subterfuge, espionage and identity.

Rhoda and Delia are American stunt pilots who perform daring aerobatics to appreciative audiences. But while the sight of two girls wingwalking – one white, one black – is a welcome novelty in some parts of the USA, it’s an anathema in others. Rhoda and Delia dream of living in a world where neither gender nor ethnicity determines their life. When Delia is killed in a tragic accident, Rhoda is determined to make that dream come true. She moves to Ethiopia with her daughter, Em, and Delia’s son, Teo.

Em and Teo have adapted to scratching a living in a strange land, and feel at home here; but their parents’ legacy of flight and the ability to pilot a plane places them in an elite circle of people watched carefully by the Ethiopian emperor, Haile Selassie, who dreams of creating an air force for his fledgling nation. As Italy prepares for its invasion of Ethiopia, Em and Teo find themselves inextricably entangled in the crisis – and they are called on to help.

Elizabeth Wein is a leading voice in young adult historical fiction. Her novel Rose Under Fire was nominated for the Carnegie Medal and shortlisted for the Costa Award 2014.

Fans of The Book Thief and Carmen Reid’s Cross My Heart will love this.

Look out for Elizabeth’s other books Code Name Verity and Rose Under Fire.

Elizabeth Wein was born in New York, and grew up in England, Jamaica and Pennsylvania. She is married with two children and now lives in Perth, Scotland.

Elizabeth is a member of the Ninety-Nines, the International Organization of Women Pilots. She was awarded the Scottish Aero Club’s Watson Cup for best student pilot in 2003 and it was her love of flying that partly inspired the idea for her bestselling, award-winning novel Code Name Verity.