The Outsiders Save 20% on selected books and resources in our summer sale!* 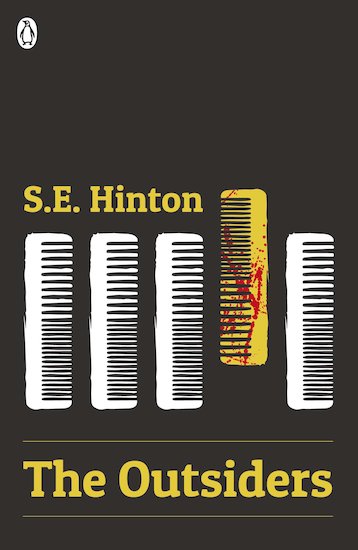 The Outsiders is an outstanding story of teenage rebellion, written when the author was only 17 years old. It is one of The Originals from Penguin – iconic, outspoken, first. Youngsters in a small Oklahoma town have split into two gangs, divided by money, tastes and attitude. The Socs’ idea of having a good time is beating up Greasers like Ponyboy Curtis. Ponyboy knows what to expect and knows he can count on his brothers and friends – until the night someone takes things too far. The Originals are the pioneers of fiction for young adults. From political awakening, war and unrequited love to addiction, teenage pregnancy and nuclear holocaust, The Originals confront big issues and articulate difficult truths. The collection includes: The Outsiders – S.E. Hinton, I Capture the Castle – Dodie Smith, Postcards from No Man’s Land – Aidan Chambers, After the First Death – Robert Cormier, Dear Nobody – Berlie Doherty, The Endless Steppe – Esther Hautzig, Buddy – Nigel Hinton, Across the Barricades – Joan Lingard, The Twelfth Day of July – Joan Lingard, No Turning Back – Beverley Naidoo, Z for Zachariah – Richard C. O’Brien, The Wave – Morton Rhue, The Red Pony – John Steinbeck, The Pearl – John Steinbeck, Stone Cold – Robert Swindells.

Save 20% on selected books and resources in our summer sale!*

END_OF_DOCUMENT_TOKEN_TO_BE_REPLACED
How do I use promotional codes