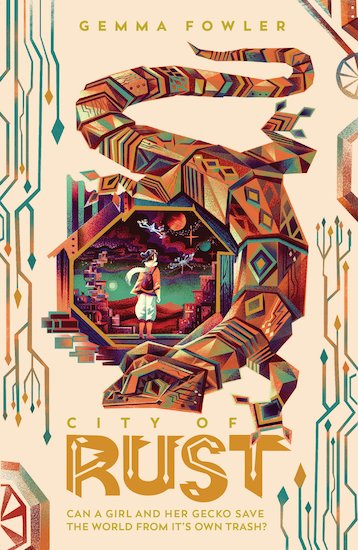 Railey dreams of winning the drone races with her bio-robotic gecko friend, Atti.

But when a bounty hunter crashes their biggest race yet, the pair are forced to flee to the feared Junker clans who mine the rubbish orbiting the Earth.

Rescued by a couple of Junker kids, they discover a danger bigger than anything they’d imagined – but can three kids, a gecko and an ancient computer save the world against the huge trash bomb (and its power-crazed creator) threatening to destroy the world?

Perfect for fans of Star Wars and Wall-E - sci-fi for a new generation!

Railey and Atti are a brilliantly acerbic and loving duo: their story is packed full of fun and adrenaline.