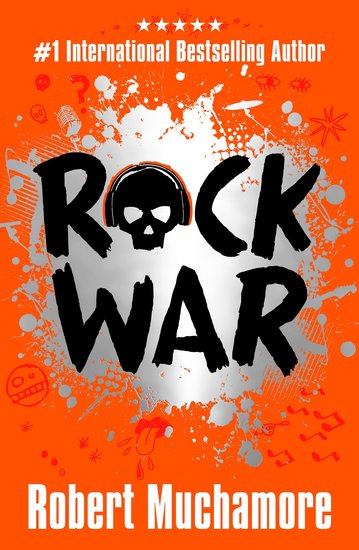 Get your Mexican wave on! Robert’s new series has all the fight of CHERUB , plus all the fury and passion. Only this time, it’s a musical war. (The best kind.) Meet three kids with big dreams and everything to play for. Jay plays guitar, writes songs and dreams of rock stardom. Summer works hard at school, looks after her nan and has a one-in-a-million singing voice. Dylan is happiest lying on his bunk smoking. Still, he’d rather play in a band than on the rugby team. Now they’re fighting a war: a rock war. It’ll be the toughest battle of their lives… Forget X Factor. Turn off Britain’s Got Talent. All our eyes are on these wannabe stars.

Robert Muchamore was born in Islington in 1972 and spent thirteen years working as a private investigator. He was inspired to create the CHERUB series by his nephews complaints about the lack of anything for them to read!

The CHERUB series launched in 2004 with Robert’s debut novel CHERUB: The Recruit. It went on to win the Red House Children’s Book Award in 2005 and Richard & Judy’s Children’s Book Club in 2007 and has now been turned into Hodder’s first graphic novel. The central character James Adams enjoyed 12 CHERUB adventures, retiring as an active agent in CHERUB: Shadow Wave. In August 2011, CHERUB launched People’s Republic – a brand new story arc following the lives of new recruits Ryan and Ning with Guardian Angel publishing in August 2012.

In 2009, Henderson’s Boys was launched, taking readers back to the very first CHERUB adventure and explaining how Charles Henderson established the CHERUB organisation. His latest series is Rock Wars.