Hank Zipzer: The Curtain Went Up, My Trousers Fell Down Award-winning author 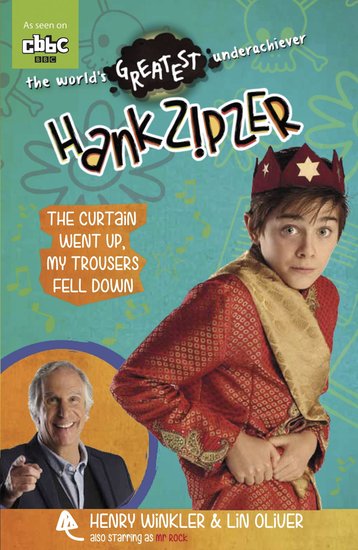 Buy this and your school gets £0.70 to spend on books Orders of £10 or more will earn 20% of your order value back in Scholastic Rewards for your school.

Twelve-year-old Henry “Hank” Zipzer is a smart and resourceful boy with a unique perspective on the world. Hank has dyslexia, and when problems arise, he deals with them in a way no one else would – putting him on a direct collision course with his teachers and parents, who don’t seem to appreciate his latest scheme as much as he thought they would… But Hank always remains positive and convinced that the next big plan will deliver – after all, tomorrow is another day! In The Curtain Went Up, My Trousers Fell Down, Hank is the star in the school play, but a costume disaster on opening night threatens the whole show… Perfect for readers of 8+ and also reluctant readers. 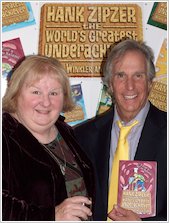 Henry is admired by audiences of all ages for his role as the Fonz on the long-running series Happy Days, and in such films as Holes and The Waterboy. He is also an award-winning producer and director of family and children’s television and the author (with Lin Oliver) of the critically acclaimed Hank Zipzer series. In September 2011 he was awarded an OBE by the Queen in recognition of his services to children with dyslexia and special education needs. He lives in Los Angeles, California.

Lin Oliver is a writer and producer of movies, books, and television series for children and families. She has created over one hundred episodes of television, four movies, and seven books. She lives in Los Angeles with her husband, Alan. They have three sons named Theo, Ollie, and Cole, one fluffy dog named Annie, and no iguanas.