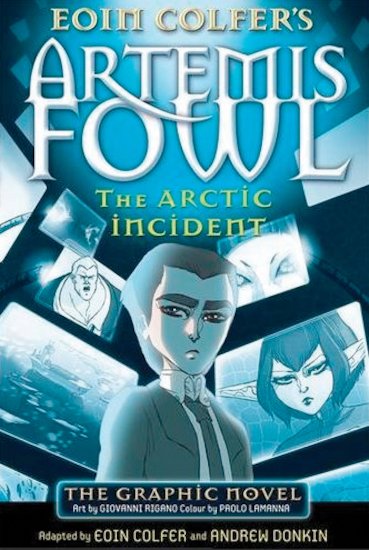 Someone has been supplying Class-A illegal human power sources to the goblins. Captain Holly Short of the LEPrecon Unit is sure that her arch-enemy, thirteen-year-old Artemis Fowl, is responsible. But is he? Artemis has his own problems to deal with: his father is being held to ransom and only a miracle will save him. Maybe this time a brilliant plan just won’t be enough. Maybe this time, Artemis needs help… Sizzling story action and dynamic graphic art fuse in this stunning Artemis adventure. 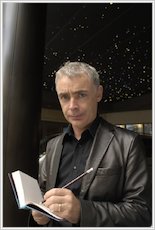 Eoin Colfer (pronounced Owen) was born in Wexford on the South-East coast of Ireland in 1965, where he and his four brothers were brought up by his father (an elementary school teacher, historian, and artist of note) and mother (a drama teacher). He first developed an interest in writing in primary school with gripping Viking stories inspired by history he was learning in school at the time!

After leaving school he got his degree from Dublin University and qualified as a primary school teacher, returning to work in Wexford. He married in 1991 and he and his wife spent about 4 years between 1992 and 1996 working in Saudi Arabia, Tunisia and Italy. His first book, Benny and Omar, was published in 1998, based on his experiences in Tunisia. A sequel followed in 1999, followed by some other books. Then in 2001 the first Artemis Fowl book was published and he was able to resign from teaching and concentrate fully on writing.

Children are guaranteed a treasure-trove of riches from Ireland’s top storyteller. From the hi-tech fantasy of Artemis Fowl to his brilliant action thrillers like The Supernaturalist, Eoin’s books are brimming with action, invention and laughs! Less confident readers can chuckle over the easy-read adventures of naughty brothers Will and Marty, while those who love fairies and fighting are in for a treat with six unstoppable bestsellers from the hit Artemis Fowl series.