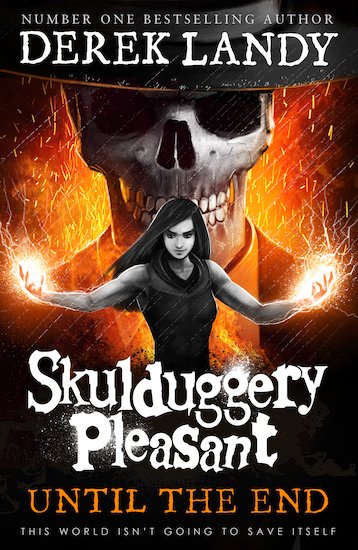 Buy this and your school gets £2.00 to spend on books Orders of £10 or more will earn 20% of your order value back in Scholastic Rewards for your school.

The second cycle of the internationally bestselling Skulduggery Pleasant series comes to a thrilling end. You are not ready…

The Faceless Ones have returned to our universe. The bad guys have won.

With the end of everything just days away – and no longer able to rely on Valkyrie Cain – Skulduggery must make allies of enemies if he’s going to stand any chance of saving what’s left of the world. And just when things are looking their bleakest, they manage to get even worse, with Omen Darkly suddenly having to step up when his brother, the Chosen One, falls.

There’s a lot going on. Most of it is bad. Sorry about that. 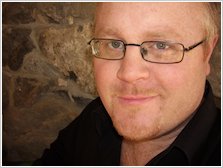 Derek Landy is the author of the bestselling, awardwinning Skulduggery books – the funniest dead detective ever!

Before writing his children’s story about a sharply-dressed skeleton detective, Derek wrote the screenplays for a zombie movie and a murderous thriller in which everybody dies.

As a black belt in Kenpo Karate he has taught countless children how to defend themselves, in the hopes of building his own private munchkin army. He firmly believes that they await his call to strike against his enemies (he doesn’t actually have any enemies, but he’s assuming they’ll show up, sooner or later).

Derek lives on the outskirts of Dublin, and the reason he writes his own biography blurb is so that he can finally refer to himself in the third person without looking pompous or insane.

END_OF_DOCUMENT_TOKEN_TO_BE_REPLACED
How do I use promotional codes