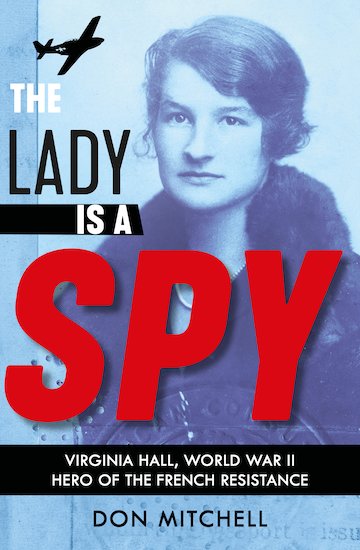 Learn about Virginia Hall, the “most dangerous of all Allied spies”, in this exciting narrative biography!

Virginia never thought she’d be a spy. The young American had been working for the State Department overseas when she was involved in a serious accident. Despite this setback, Hall was eager to do something to help the Allies win World War II.

She made her way to France where she helped coordinate underground resistance movements, sabotaging the Nazis at every turn. Her covert operations, including capturing 500 Germans, greatly contributed to the Allies’ eventual win.

In The Lady is a Spy, award-winning author Don Mitchell (The Freedom Summer Murders) explores the fascinating life of America’s greatest female spy.

Thoroughly researched and full of rarely seen photographs from Virginia Hall’s family, this is an extraordinary, in-depth look at a true hero.