We are delivering all orders as normal – please note that there may be a slight delay to some orders due to safe working practices in our warehouse. remove 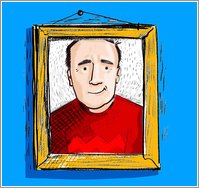 James Patterson is one of the world’s bestselling authors, having written over 100 books in his career. He started out writing adult thrillers (and still does) but began writing children’s books when son, Jack, said he couldn’t find any great page-turning books for kids his age.

He’s been called the busiest man in publishing, and that’s not just because of his own books. For the past decade, James has been devoting more and more of his time to championing books and reading. From the James Patterson Pageturner Awards, to ReadKiddoRead.com (a website which recommends great books for kids of all ages) and his scholarships, book donation programmes and founding partnership of Booktrust’s Children’s Reading Fund, James has focused on passing on his passion for reading to kids everywhere.

As he says himself, ‘If I can help to make books and reading more important in children’s lives, I’ll be a happy man’.

You’re one of the world’s most successful and well-known writers of adult fiction, what made you decide to write for children?

There are many reasons. When my son was younger he used to often tell me about friends in school and their lack of enthusiasm for books. His observations made me want to do something to introduce more kids and young adults to the enjoyment of reading. This is what I believe is most important: getting good books into the hands of kids – books that will make them want to say, “Wow, that was great. Give me another one to read.” There are millions of kids who have never read a book that they like, and that is a real shame.

Who are your favourite authors, and is there a book which you particularly admire, and wish you’d written yourself?

There are lots. James Joyce, Gabriel Garcia Marquez, Evan S. Connell, and John Fowles are all up there on the adult side. I really loved Lorrie Moore’s A Gate at the Stairs and Hilary Mantel’s Wolf Hall. I wouldn’t mind having written either of those. On the kids side, The Invention of Hugo Cabret by Brian Selznick and A Wrinkle in Time by Madeleine L’Engle are both pretty great. And Peter Pan. I loved Peter Pan. Still love Peter Pan. And I’m pretty sure that I wrote the Maximum Ride books for kids — starting with my own beloved Jack — because of my affection as a child for Peter Pan.

When, how and where do you write? Is it something you just sit down to do from 9 to 5, or do you need to be in the right frame of mind?

I write every day. I get up about 5am and write early, then play golf and write some more and knock off at 6pm. I do that seven days a week. I’ve done that ever since I left advertising, which was 15 years ago.

If you were stranded alone on a desert island, which book would you hope to have in your possession?

What can you tell us about your next work?

My new book Treasure Hunters is a contemporary take on the pirate books, such as Robert Louis Stevenson’s Treasure Island, that I enjoyed as a kid. It has lots of action and humour and there’s some danger in there too but it’s not too scary. The Kidd siblings have grown up diving down to shipwrecks and travelling the world, helping their famous parents recover everything from swords to gold doubloons from the bottom of the ocean. But after their parents disappear on the job, the kids are suddenly thrust into the biggest treasure hunt of their lives. They’ll have to work together to defeat dangerous pirates and dodge the hot pursuit of an evil treasure-hunting rival, all while following cryptic clues to unravel the mystery of what really happened to their parents – and find out if they’re still alive.