Minecraft: The Survivors' Book of Secrets 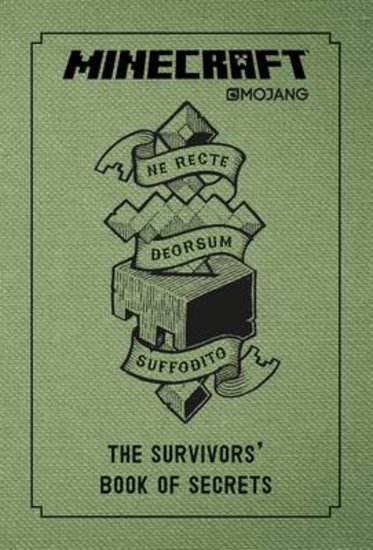 Check out the brand new series of official Minecraft Guides. The first four titles in the series, Guide to Exploration, Guide to Creative, Guide to Redstone and Guide to the Nether and the End, publish in 2017.

The official Minecraft Survivors’ Book of Secrets from Mojang is brimming with tips and tactics that NO other book can give you! Who better to ask for Minecraft secrets than the Survivors? These underground experts have been around since the days of Alpha. What they have to tell you will revolutionise your gameplay, introducing new strategies for crafting, combatting, and surviving.

Written by the Chief – the leader of the group – this book contains their most cunning plans and their most ingenious inventions. After discovering their secrets you’ll be up and running with smart new ways of defeating hostile mobs and enemy players, building the ultimate defence system against all mobs, and crushing your opponents in hand-to-hand combat. The Chief also shares little-known tips for how to thrive in the Nether and End, and, once you’re really confident, how to attempt a speed run to the End dimension.

This is the definitive guide to Minecraft secrets from the experts who’ve lived to tell the tale. Study it carefully and you might just manage to stay alive as long as they have.

Collect all of the official Minecraft series to become the best Minecrafter you can be, including the brand new Minecraft Guides:

Minecraft: The Survivors’ Book of Secrets

Minecraft is a multi-platform block-based gaming sensation available on Xbox, PlayStation, PC and mobile devices. Whether you’re in Creative, Survival or Hardcore Mode, the Minecraft books contain all the advice you need to survive and thrive.