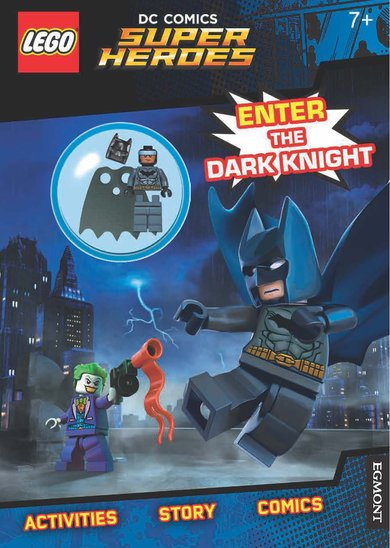 Buy this and your school gets £0.60 to spend on books Orders of £10 or more will earn 20% of your order value back in Scholastic Rewards for your school.

This new activity book from the LEGO (R) DC Super Heroes series is filled with exciting activities in Gotham City, where the good guys Batman and Robin battle against super-villains like The Joker, Catwoman, Mr. Freeze, Harley Quinn, Two-Face, Poison Ivy and Scarecrow.

This LEGO (R) book is great for 7-10 year olds, it includes fun activities and puzzles to keep super hero fans entertained and amused and it includes a cool LEGO (R) Batman minifigure to build, too!

Not suitable for children under 3 years of age. Small parts.