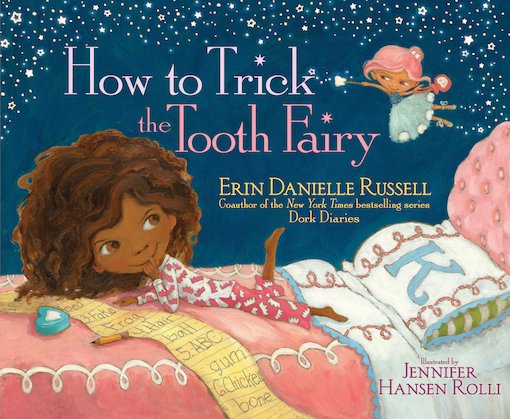 From the co-producer of Dork Diaries comes Kaylee, a lover of pranks, who takes on The Tooth Fairy, a Prankster Extraordinaire!

Is she the Princess of Pranks? No! That title is held by none other than the Tooth Fairy. But when Kaylee loses a tooth and the Tooth Fairy goes about her usual tooth-taking business, Kaylee pranks her with a fake frog. As Kaylee and the Tooth Fairy try to out-prank one another, things get way out of hand. Will the two finally see eye and eye and share the crown?

Erin Russell, daughter of DORK DIARIES superstar, Rachel Renee Russell, makes her picture book debut with a rousing and rollicking story, sure to delight losers-of-teeth and pranksters young and old, and Jennifer Hansen Rolli’s illustrations perfectly capture the hilarity and chaos of this unusual rivalry!

END_OF_DOCUMENT_TOKEN_TO_BE_REPLACED

END_OF_DOCUMENT_TOKEN_TO_BE_REPLACED
How do I use promotional codes