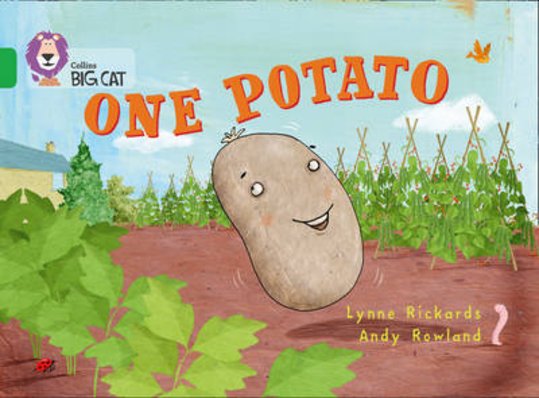 One potato is not at all happy about being eaten! He leads the farmer’s wife on a wild potato chase through the garden, hoping she’ll choose another vegetable for her dinner. Will she catch him? * Green/Band 5 books offer early readers patterned language and varied characters * Text type: A rhyming story * Children can follow the potato through the countryside in the story map on pages 22 and 23. 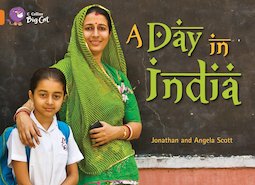 Lynne Rickards, author of Pink!, was born in 1962 in Canada and grew up in a small Ontario town called Guelph. After school she studied illustration at the Ontario College of Art, and then switched to French Literature at the University of Toronto. She also has a Masters Degree in Museum Studies. When she was twenty-nine she came to Glasgow and met an Englishman whom she later married and she has lived in Scotland ever since.

Pink! was picked as one of Richard and Judy’s Children’s Favourites in 2008, has been short listed for the 2009 Royal Mail Awards and was recently voted Scottish Book Trust’s Book of the Month.

Lynne’s favourite children’s book is Charlotte Sometimes by Penelope Farmer. Her advice for aspiring authors/illustrators is as follows: ‘If you’re a writer, read! If you’re an illustrator, look at as much art as you can. You have to absorb an awful lot before you can create your own style. After that, it’s just practice, practice, practice!’