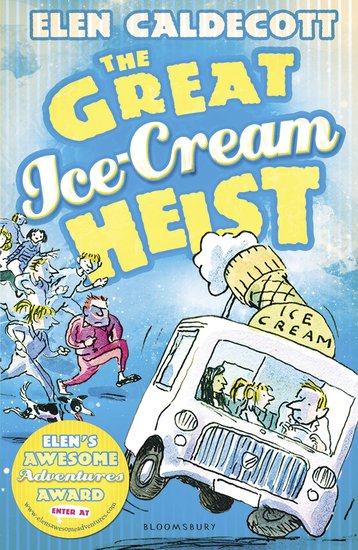 ‘Those McIntyres are nothing but trouble!’ When the McIntyre family moves in next door, Eva is intrigued – it is the first interesting thing to happen for ages. But her ever protective Dad – even more protective since Eva’s mum died – does not agree. And the McIntyres are certainly noisy! But Eva is curious about Jamie, who she often sees on the roof of his garden shed, escaping the family chaos.

Then Eva gets to know Jamie a bit better. And when he is accused of vandalising the local park, Eva is sure he didn’t do it. It is up to Eva to stick up for him – but then Jamie disappears. Eva is now in a race against time, which snowballs into a helterskelter race with a ‘borrowed’ ice cream van, lots of irate keep-fit enthusiasts and lashings of ice-cream!

A warm, funny adventure about sticking up for your friends.

520L Lexiles are the global standard in reading assessment. They are unique as they are able to measure a child and a book on the same scale – ensuring the right book gets to the right child at the right time. 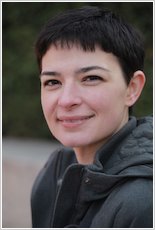 Elen Caldecott graduated with an MA in Writing for Young People from Bath Spa University. At the end of the course she was highly commended in the PFD Prize for Most Promising Writer for Young People. Before becoming a writer, she was an archaeologist, a nurse, a theatre usher and a museum security guard. It was while working at the museum that Elen realised there is a way to steal anything if you think about it hard enough. Elen either had to become a master thief or create some characters to do it for her – and so her debut novel How Kirsty Jenkins Stole the Elephant was born.

Elen lives in Bristol with her husband, Simon.

END_OF_DOCUMENT_TOKEN_TO_BE_REPLACED
How do I use promotional codes