The Roar #2: The Whisper - Out of the Shadows 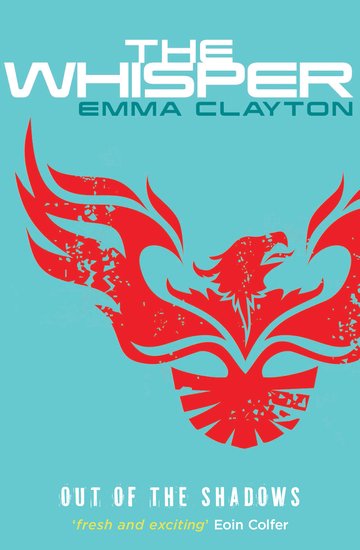 Join the chosen few who can see the future. Read this book. (It’s it.) Kid fighter pilots. Mind control. Mutants. A wall no one can cross. A video game coming to life in a sci-fi future London. All your fave dystopias rolled into one. Thirty years ago, the planet was saved. For the lucky few. We bet if you could hand-pick the survivors for a new world, it would be paradise, right? But some dodo botched the job. This new world is ruled by evil tyrant Mal Gorman (a villain straight out of a Bond movie). Now he wants a brainwashed army of mutant kids to fight a corrupt war. Thing is, telepathic twins Mika and Ellie can read his mind. They know what he’s up to. But will they be able to stop him?

“Flies along like a laser beam from a blaster.” Eoin Colfer 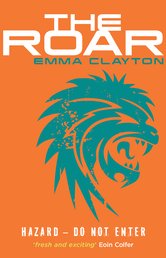 Emma Clayton, author of The Roar, was born in 1968 and now lives in Leamington Spa with her two children. In her late teens, she trained as a Field Archaeologist with the Oxford Archaeological Unit, then went on to become a freelance illustrator, influenced by her interest in comics and film. She returned to education in her mid-twenties, studying film and screen writing. The children’s book she would most like to have written is George’s Marvellous Medicine by Roald Dahl. Emma’s advice to aspiring authors? ‘Perceive the ability to see faults in your work as a good thing. Spend time away from your work so you can be objective about it, then re-write again and again until the day you come back to it and like it. ‘