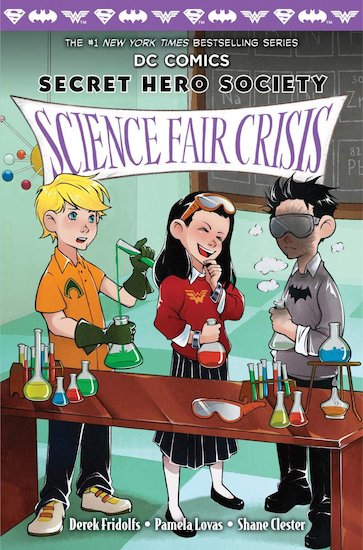 Clark Kent (Superman), Bruce Wayne (Batman) and Diana Prince (Wonder Woman) are starting a new school year at Justice Prep. This term, everyone is focusing on their science projects: Principal James Gordon announced that the winner of the upcoming science fair gets an all-inclusive trip to the new S.T.A.R. Laboratories space facility.

As the fair draws closer, the students receive a text message from a mysterious, untraceable number saying: “if you help me, I can help YOU win the science fair!” Just who is behind this mystery number, and what do they have to do with the science fair? It’s up to Clark, Diana, and Bruce’s Junior Detectives Club to find out!

With appearances from fan favourites like Arthur Curry (Aquaman) and Lex Luthor, plus all-new characters including Black Manta and Professor Zoom, this hilarious newest chapter in the Secret Hero Society saga is not to be missed!

GN660L Lexiles are the global standard in reading assessment. They are unique as they are able to measure a child and a book on the same scale – ensuring the right book gets to the right child at the right time. 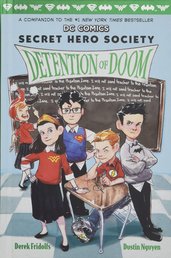