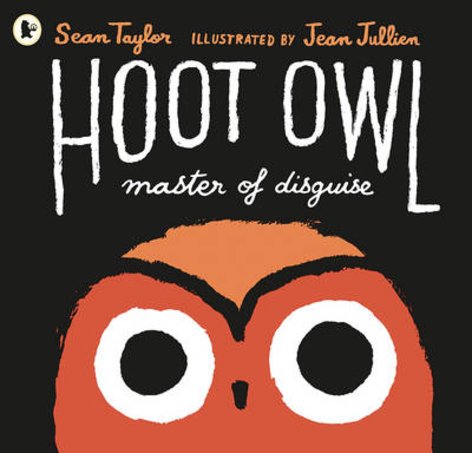 From masterful storyteller Sean Taylor and exciting, celebrated graphic artist Jean Jullien, comes the laugh-out-loud tale of Hoot Owl. Hoot Owl is no ordinary owl – oh no! – he’s a master of disguise! And he will use his expert camouflage powers to trick his unsuspecting prey into succumbing to him! Tiny animals of the night … beware! But, somehow, Hoot Owl’s prey keeps escaping… Hmmm, perhaps he isn’t quite as masterful as he believes. Will he ever succeed in catching himself some dinner? Hilarity, ridiculousness and very bad costume changes abound in this wildly inventive new title.

AD500L Lexiles are the global standard in reading assessment. They are unique as they are able to measure a child and a book on the same scale – ensuring the right book gets to the right child at the right time.

Sean’s writing career began in 1994 – with Scholastic! – when he won the second prize in the Independent’s new writers’ competition, and his story was published in our anthology, ‘Story of the Year’. Since then, Sean has had numerous publications to his name (OUP, Frances Lincoln, Collins…), but it is in the last couple of years that he has been developing into a rising picture book star. Sean teaches English and creative writing to teenagers.