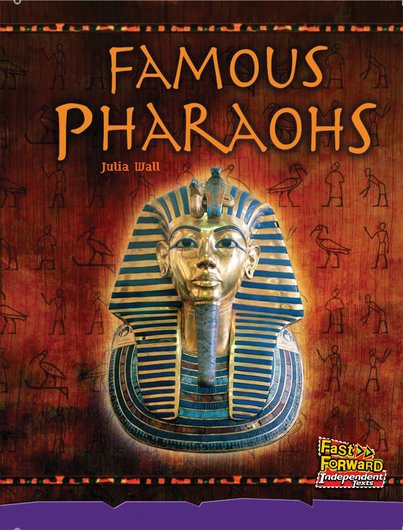 Sneferu was the first pharaoh of the fourth dynasty and he ruled from about 2613 BC to 2589 BC. He is famous for building many pyramids, including the large pyramid at Maidum.
Tutankhamen ruled Egypt during the eighteenth dynasty, from about 1334 BC to 1325 BC. He was only eight or nine years old when he became pharaoh. Tutankhamen only became famous after his death, because of the large amount of treasure that was found in his tomb.

Fast Forward Independent Texts reinforce the skills and knowledge students have gained from instructional/guided reading sessions. Independent Texts have been carefully-levelled for independent reading, allowing children to experience reading success on their own terms.

Fast Forward books are for struggling readers, but with an interest level of 9-14 years. To ensure that children are given every opportunity to succeed in their reading, the introduction of new words is one new word for every 16 known words (1:16). Unlike levelled reading programmes for younger children, Fast Forward introduces more complex sentences at the earliest levels.

Engage your less confident readers and improve reading attainment with Fast Forward. This series offers a wide range of age-appropriate, high-interest readers for children in Key Stage 2 and 3 who are struggling to make progress with their reading. Each book has been carefully levelled to ensure steady progression with a range of text types introduced which children can use as a model for their own writing. 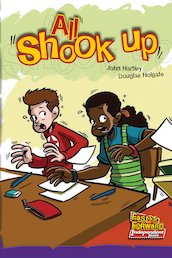